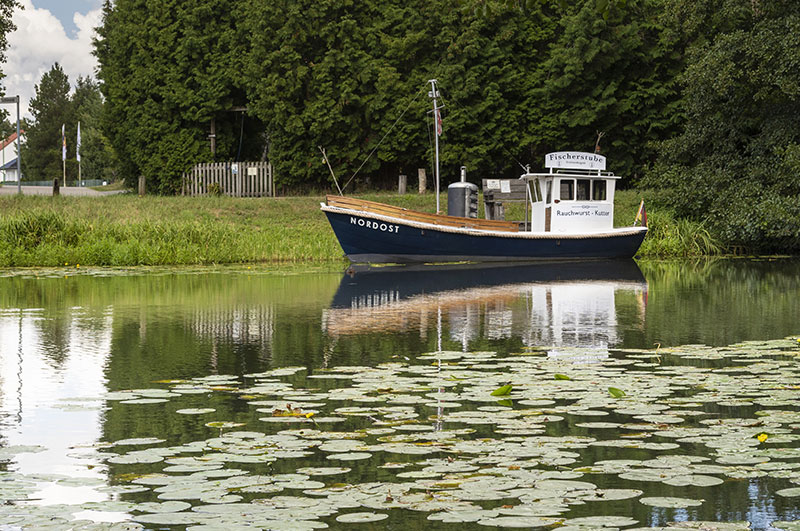 Did you know that the British Queen Elizabeth II received handmade paper from Eberswalde? Or that some of Eberswalde's famous copper houses are still standing in Israel today? These annedotic-sounding examples are witnesses to a remarkable industrial history along the Finow Canal. Eberswalde is rightly called the "Märkische Wuppertal" - the cradle of industry in the Mark Brandenburg! As early as the 17th century, the iron-splitting works, the brass works with its settlement, the old rolling mill, the paper factory and the Heegermühle power station were built here. Thanks to the expansion of the Finow Canal and the construction of the Berlin-Stettin railway line, products could be transported easily and cheaply. This was a major driving force for industrial development.

A boat trip along the Finow Canal, past various industrial ruins, provides fascinating impressions of the industrial heyday, especially in the 18th and 19th centuries. Sometimes art installations or guided tours for photography enthusiasts take place in the former production sites. However, there is an urgent warning against entering the ruins without authorisation.

In the Finow Canal region, some of the important industrial monuments are gradually being restored.

There are comprehensive documents on these exciting backgrounds and the historical developments of industrial history in the Finow Canal region, to which we would like to refer at this point: